In honour of International Day of Forests (21 March), Rickshaw Travel has created a list of some of the greatest forests in the world. 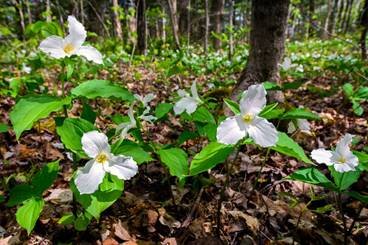 Located in King Township, north of Toronto, Canada’s Happy Valley Forest is a classic example of a stereotypical lumberjack forest.

Full of dappled pines and woodland trails, this 2,850-acre forest is one of the largest remaining intact deciduous forest tracks in Canada’s Oak Ridges Moraine.

It’s home to old field habitats, wooded swamps, wetland areas and several creek valleys. More than 110 bird species live in the forest, too – alongside many endangered species including the hooded warbler, the red-shouldered hawk, the Acadian flycatcher and the Jefferson Salamander.

Happy Valley is a shining example of the significant role Nature can play within communities, with the local townsfolk from nearby King regularly arranging Nature trails and legislating to protect and preserve their ‘King Forest’ – one of the last remaining forest giants of southern Ontario. 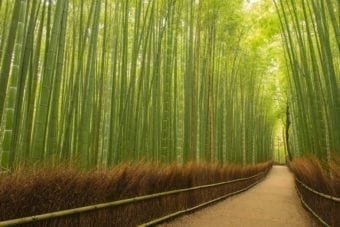 Located in the Arashiyama district of western Kyoto, the bamboo forest has been a popular destination since the ancient Heian period, when aristocrats would visit to enjoy its peaceful setting and breathtaking beauty.

The importance of living in harmony with Nature is deeply rooted in Japanese culture, and the popularity and respect shown to the bamboo forest is a perfect example of this relationship.

The bamboo itself is also a classic symbol of strength in Japanese mythology, and it’s believed the forest was originally planted to protect the temples from evil. In modern times, the forest seems to have gained a new magic power, being extraordinarily photogenic.

The Arashiyama Bamboo Grove is often cited as one of the best photography locations in the world, with the skyward stalks distorting perspective and creating a visually arresting image. 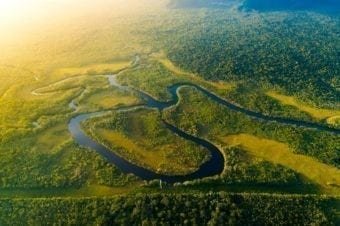 There are very few contexts in life where the addition of ‘rain’ is pleasant, but with yearly rainfall of over 3,000 millimetres the Amazon manages to maintain its lush, thriving and unique ecosystem.

Covering over 6.9 million square kilometres and stretching across Brazil, Peru, Colombia and Ecuador, the Amazon is the largest forest on Earth.

Tropical rainforests are one of the oldest continuous ecosystems in the world and play a massive role in the health of the Earth by digesting and converting carbon dioxide into oxygen.

Regularly referred to as ‘the lungs of the world’, the Amazon has a staggering number of plant and animal species. An estimated 50 to 70 million different organisms hang out in the rainforest and more than 80% of the world’s food varieties can be traced back here, including tea and coffee. 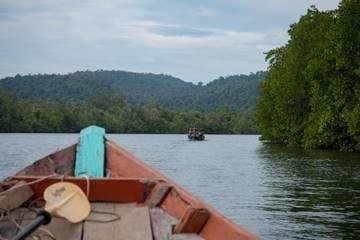 Often overshadowed by its volatile past, the Cardamom Mountain region of Cambodia boasts a lush green covering of forest which is home to a spectacular array of wildlife including pangolins, sun bears and macaques.

Until recently, the Cardamom Mountains were essentially off-limits; decades of war followed the collapse of Pol Pot’s brutal regime, and in the midst of this chaos Cambodia experienced one of the most alarming rates of deforestation in the world.

However, the coming of peace heralded the arrival of tourism and a whole new economy. Communities, who had never been able to prioritise environmentalism, were suddenly able to appreciate the beauty and worth of the forest surrounding them.

Families opened their homes as guesthouses, men who once fought now lead guided Nature hikes and the journey of reversing deforestation has begun, with the planting of about two million trees.

Despite the transformative power of tourism on the region, the Cardamom Mountain range itself is still relatively off the grid, with the nearby jungle-clad temples of Angkor Wat instead drawing the crowds.

Click here to find out about immersive and enriching experiences – in forests and elsewhere – with Rickshaw Travel.

Sailing and the Golden Mean

The future of ethical travel

Ready for a break?

A ‘golden age of cycling’