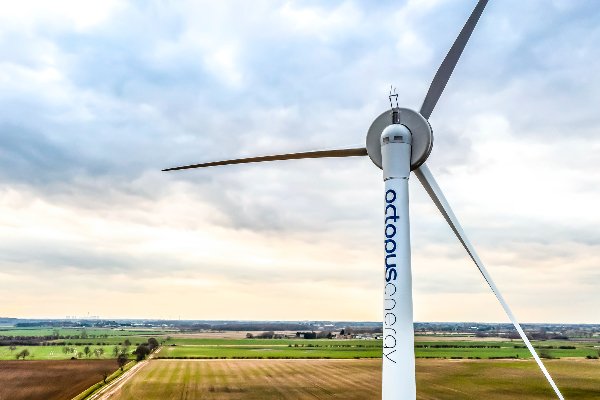 There are countless reasons for the UK to end its dependence on fossil fuels, and the energy crisis has highlighted one more: buying imported gas makes us vulnerable to the volatile global energy market.

With skyrocketing wholesale prices leaving millions of customers struggling to cover their bills, it’s clear that we need change, and we need it fast. Thankfully there’s a clean, green and affordable solution all around us – we just need to unlock its full potential.

A change in the wind

Wind power is one of the world’s cheapest forms of energy – far cheaper than gas, even before the energy crisis – and the infrastructure is quicker to build, too. With fewer restrictions it can take just one year to build an entire onshore wind farm.

Not only that, but our blustery island home is the perfect place to generate power from the wind, which is almost always blowing somewhere.

Public attitudes to locally sourced energy are more positive than ever. Our research shows that nine out of 10 people would like a turbine near their home if it would mean guaranteed access to cheaper, greener power. Historically people haven’t always been so sure about wind turbines, and

in the past some projects haven’t paid enough attention to the interests of surrounding communities. In 2015, the government responded with new planning restrictions and, as a result, new onshore wind projects have in recent years effectively been banned in England. But now the winds are undoubtedly changing.

The public is desperate for local wind power, and Octopus Energy has big ambitions to build the turbines – working with local communities that want them.

Thanks to the UK government’s new energy strategy, there’s now potential for a number of innovative onshore wind projects to go ahead to test the waters, all with initiatives that will instead be offering huge benefits to surrounding neighbourhoods.

For Octopus, this is the perfect opportunity to show the government just how beneficial onshore wind can be, for communities and the planet alike.

When the wind blows, turbines send cheaper, greener electrons to the grid. As wind power can be localised, we firmly believe that communities should see the benefit by getting access to discounted, homegrown energy when it’s really breezy.

Octopus’s revolutionary Fan Club tariff does just this; customers living close to our turbines in Market Weighton and Caerphilly are able to power their home for 50% less when the turbine is in full spin.

They get 100% green electrons that were generated just up the road, and save as much as a third on their energy bills.

Since launching the Fan Club, we’ve had an absolute outpouring of support from communities keen for a local wind project in their area; to date 5,000 people have signed up.

The role of landowners

To take these ambitious plans to the next level, we needed an equally ambitious platform. A local wind revolution requires a massive team effort and a crucial piece of the puzzle is, of course, the landowner.

Cue the Plots for Kilowatts campaign: a call for landowners to register their interest in hosting an onshore wind turbine. Matching this up with community demand, Octopus is creating a dating agency-style platform for landowners, communities and developers who have a shared vision for changing the status quo.

Our estimates show that if the top 30 landowners in the UK allowed just 1% of  their land to be rented to generate wind power, over 1,500 turbines could be built. This would generate additional income for the landowner while gifting discounted bills to their local community.

So far, hundreds of landowners have let us know that they are interested in being part of the move. Together with the thousands of individuals and communities that have registered their interest in having a Fan Club nearby, we believe we can make a real difference to the way energy is generated in the UK – and that we can help to make power more green and more affordable.

The future is flexible

In the past, it was assumed that changing individual energy habits wouldn’t have much of an impact on the wider grid. Yet research suggests that with a bit of smart tech, our collective energy use really can make a massive difference.

The benefits of helping people to become more aware of the energy they’re using go beyond impromptu discounts when the wind is blowing or the sun is shining.

By giving customers the option to plan their usage, based on when green energy is being generated or when the UK grid is at lowest demand (and when energy is cheapest), we can drastically reduce the need for burning fossil fuels at those times.

As well as being a breath of fresh air for the climate, if we become more flexible with how energy is used, the UK could save a total of £8bn a year, reducing energy costs across the board.

At Octopus we’ve been putting this flexibility into practice for several years; our smart Agile, GO and Intelligent Octopus tariffs give smart meter customers access to cheaper energy when grid demand is low and there are plenty of green electrons in the mix.

At the same time, our Kraken Flex branch manages hundreds of batteries across the UK, exploring the ways battery storage can be used to make renewable energy available to everyone, 100% of the time.

So what about when the wind isn’t blowing? It’s only then that fuels like gas may come in handy to fill the gaps. At present gas is seen as our energy backbone, but we believe it should just be our backup.

As our system gets more dynamic and more green generators pop up, we hope to see fewer gaps and eventually no need for fossil fuels at all – a process that is being accelerated by smart green tech and innovations in battery storage.

The pandemic has shown that when it matters, the world can move fast. The UK rolled out a vaccine in less than two years; without red tape a turbine can be built in less than one.

We believe that by showing policy makers the plentiful benefits of community-backed onshore wind generation, and the massive demand from citizens, we can make a real difference to the way the UK energy system works.

By engaging communities with local wind power, we believe renewables and grid flexibility could truly work in tandem, at a time when affordability and protection from climate change are more important than ever. That’s why we’re going full steam ahead with our mission to create a climate friendly energy system – even when the wind isn’t blowing.