Rachel Carson’s Silent Spring to be reissued after 60 years, with essays from Margaret Atwood and Edward O. Wilson 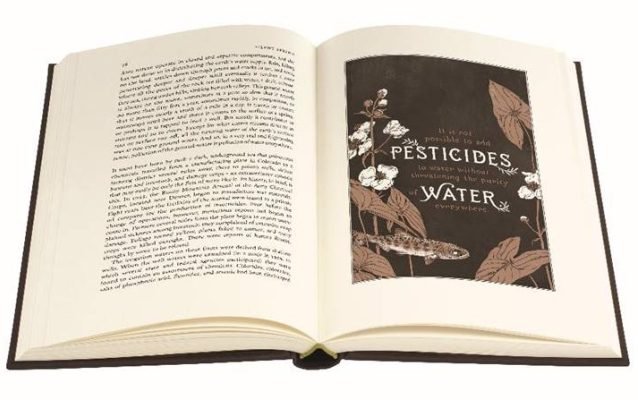 Rarely does a single book alter the course of history, but Rachel Carson’s Silent Spring did just that.

60 years after its initial release, the book that launched the environmental movement is being reissued in a beautiful new Folio Society edition, with pertinent essays by Margaret Atwood and Edward O. Wilson, stunning illustrations by Teagan White and photography from the Documerica archive.

One of the most influential books of modern times, Silent Spring was the first warning to the world of the danger of tampering with nature, mainly through pesticides and other chemicals.

Published in 1962, Carson’s brilliant and beautiful polemic sparked a social revolution and led to important changes in the law, the basic principles of which still stand today.

Artist and naturalist Teagan White has crafted a series of delicate illustrations that illuminates Carson’s depictions of the natural world in turmoil.

Each full-page illustration draws attention to important messages in the narrative, while the binding design is both beautiful and prophetic.

White’s illustrations are complemented by a selection of arresting photographs from the Documerica archive, created to highlight areas of environmental concern in 1970s America.

The natural theme continues to the wood textured endpapers and slipcase, which complete a book that is probably more relevant today than when first published.

In post-war America, a new agricultural revolution saw science and industry capitalise on chemical breakthroughs by turning their attention to farming.

However, as the world watched in wonder as pests and blights were obliterated by pesticide programmes, one biologist, Rachel Carson, charted the unseen horror of deadly chemicals entering the food chain and affecting flora, fauna and humans.