Eleanor Mills, founder of Noon, on the retreat that will ground your new venture in purpose 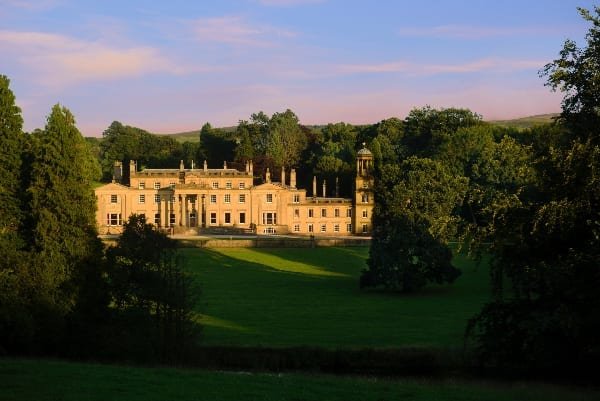 This article first appeared in our Love issue of My Green Pod Magazine, distributed with The Guardian on 09 April 2021. Click here to subscribe to our digital edition and get each issue delivered straight to your inbox

I had popped up to Broughton Hall – 3,000 acres devoted to transformation – to chat to its owner Roger Tempest about running retreats there for women in midlife.

I’d just got back from a glorious, if freezing, swim in a tarn on the top of the Estate when Jarvis – a bushy bearded, gently spoken chap – accosted me in the Grand Hall of the main house. We started chatting and couldn’t stop.

He said he was running a Spirited Business retreat at the Hall – a chance for business owners to work out their purpose and their vision. I signed up on the spot.

Now Spirited Business is not the kind of thing I would ever have contemplated doing in my old life as an editor at The Sunday Times.

Jarvis described it as a group of conscious founders, people who were in business to make money, sure, but who also had a higher purpose, who wanted their businesses to change the world.

This isn’t just talk; Jarvis himself practices what he preaches. His own company, My Green Pod, is a kind of sustainable version of Amazon, sourcing and selling greener versions of everyday goods.

He’s been at it for years. I was complaining that I’d had to stop twice to charge my electric car on the way from London to Broughton. He laughed at me, saying he’d had an early version of the Nissan Leaf; it had to be charged every 45 miles – mine did 150 (in theory) – so it used to take him 14 hours to make the 185-mile journey. Jarvis has been enacting his own green purpose for years.

It was important to me that my new company, Noon (a platform and community to empower women and help them find their next chapter), had purpose in its DNA. But I’d never run a business before, or been a founder, so I didn’t really know what that meant, or what it might look like.

Unfortunately, the in-real-life retreat was postponed, once and then twice, due to Covid. But Jarvis had the genius idea of creating an online group of those who had signed up; rather than meeting in the splendour of Broughton, we assembled on Google Hangouts every Monday.

This group was a revelation to me. I’d been using online video conferencing for business meetings, of course. We all have. But I had no idea how intimate and supportive an entirely virtual group of strangers could become to each other.

Over the past five months, we have met religiously every week (sometimes more often). In that time I feel like my Spirited Business compadres have become my friends and allies. We’ve shared our hopes, fears and deep concerns, and have even meditated together while Jarvis holds the space, standing by the Yorkshire river near where he lives so we can hear the water, see the birds. It sounds crazy, but it has really worked.

For me, a big change was learning to speak in my authentic voice. As the representative of a global media conglomerate I’m a TV and radio veteran, but I found speaking publicly as me – for my business, sharing my true values – a much more intimidating prospect.

I found learning to articulate that authenticity, the true me rather than the corporate version, frightening and difficult.

Each week I would bring those feelings, those weaknesses, my concerns about whether certain aspects of the new venture would work, whether our new site would ever get built in time, to the Spirited Business group. In turn, I would hear about their concerns and issues. We helped each other.

As a group we were strong. Sometimes one of us would cry or be down, and all the rest would buck him or her up. I felt held and supported by a wise crew who really understood. On different occasions we celebrated success. I’ve learnt to appreciate the sunny nature of some members who seem able to see straight into the heart of things, and have become firm email friends with several others.

Several have become allies to my new business and a part of what I plan to do in the future. And through it all, Jarvis has been a warm presence as well as a confidant and a spiritual guide.

Often when we are seeking a new path, the way ahead is not clear or obvious. Sometimes others have beaten a path, other times we have to strike off into the bush and forge our own.

I know now that success in doing something new depends upon keeping an open mind and an open heart, seeing and seizing the opportunities which come our way. Often it is the mere act of being open to things, of putting yourself in their path, which opens doors.

If we are to move forward we need to put ourselves in the flow so the universe can help us. It is a scary, if wonderful, place to be. And it is much easier to do with a group of wise allies who have your back. I’ve also found that the wisdom of strangers can be easier to take than the same advice from those close to you.

The past year has been epic for me in terms of transition and transformation – I truly believe that Jarvis and our Spirited Business group have been a crucial part of that and I thank him and all of my new friends from the bottom of my heart.

If you are thinking of setting up something new, or feeling a bit stuck, or want to put purpose at the heart of a new enterprise, I heartily recommend the Spirited Business retreat. It just might change your life.