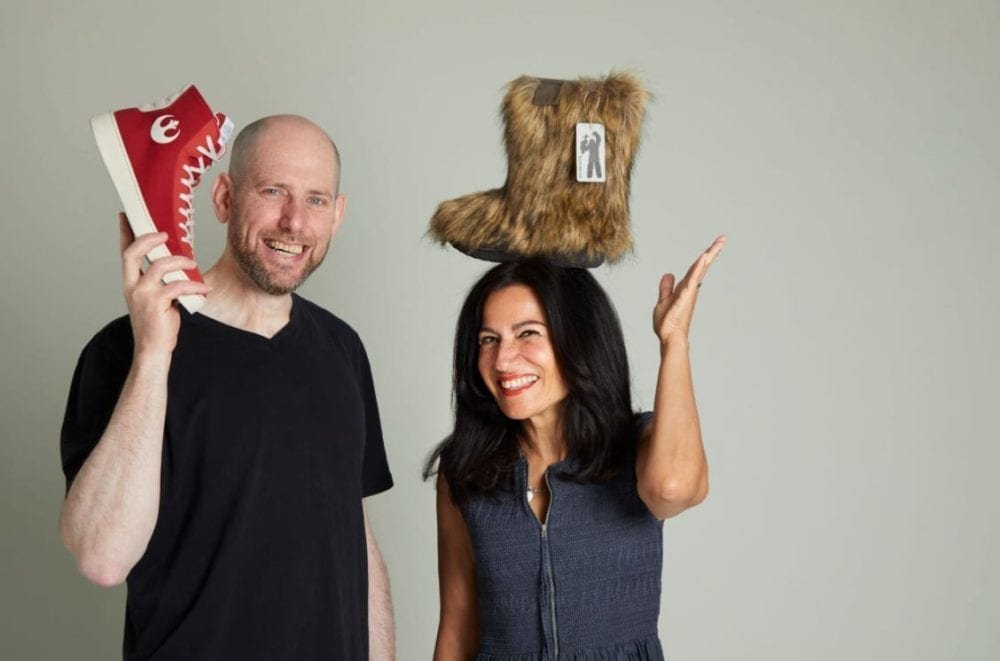 Po-Zu has been making waves in sustainable fashion since Sven Segal launched the ethical footwear brand in 2006. Collaborations with big-hitters – including Maharishi, Amazon Life and Timberland – continue to attract new customers, and the latest project is set to launch the brand into hyperspace.

Following ‘a call from Lucasfilm’, Po-Zu has created a range of Star Wars-inspired footwear that will be on sale from August. The collection includes styles for women, men and kids, with boots and trainers inspired by the main characters in the Star Wars films.

This is the first major launch since Po-Zu appointed Safia Minney, the formidable founder of pioneering ethical clothing brand People Tree, as its new managing director. ‘I joined Po-Zu because I wanted to find ethical, well-designed shoes’, Safia tells us, ‘and Sven had a word in my ear about the up-and-coming Star Wars collaboration. I was intrigued!’

GOING DOWN A STORM

As with all Po-Zu footwear, the shoes in the Star Wars collection are handmade by craftsmen in Portugal using high-quality sustainable materials and first-class production processes. ‘We use wool tweed, cork, coconut husk and natural latex for the Rey boot and organic cotton in the Resistance high-top sneaker’, Safia explains.

The shoes are going down a storm with the Star Wars community and general fashion media alike; ‘They’re surprised that the shoes are of such a high quality and so wearable’, Sven says. ‘They’re pretty gob-smacked that the collection is ethical, too.’

So does the warm reception from mainstream fashionistas suggest high street shoe brands could be convinced to start making more ethical footwear? ‘They really must do’, Sven says. ‘We set up the Better Shoes Foundation to help promote know-how and better manufacturing. What is being sold is a huge burden on the limits of our planet’s natural resources.’

‘I had to resist the dark side and make a real alternative, that’s why I started Po-Zu: our footwear’s free of solvent-based glues, made from sustainable materials like organic cotton, natural rubber, cork and made with respect to the people who make the shoes.’

THE DARK SIDE OF FASHION

If anyone knows about the dark side of the footwear industry, it’s Sven. He worked as a shoe designer for mainstream brands for over a decade, and says he became ‘increasingly fumed by the toxic glues in shoe factories and general lack of respect for the workers and the environment’. The experience inspired him to set up an ethical alternative.

Today there’s a wider understanding of the impacts of fashion on farmers, factory workers and the Earth; films like The True Cost, which has been viewed by over 10 million people, have helped to raise awareness of what goes on behind the label. ‘There has been a fashion revolution and, with the Modern Slavery Act, people are starting to realise that the way we consume just doesn’t add up’, Safia tells us. ‘We have to design, produce and consume differently. What were seen as fringe ethics are now becoming mainstream’, she adds.

Collaborations like this will certainly help to make ethical footwear the new norm, and the possibility of having a flagship Po-Zu store – an idea currently being discussed with investors – would be another giant leap. ‘The collections we have up our sleeve are awesome!’, Safia reveals – we hear she’s even twisted Sven’s arm and got a style named after her. ‘Hope it’s a hit!’, he laughs – and we’re sure it will be.