10 Years to Save the World

International comics anthology launched in response to the climate crisis 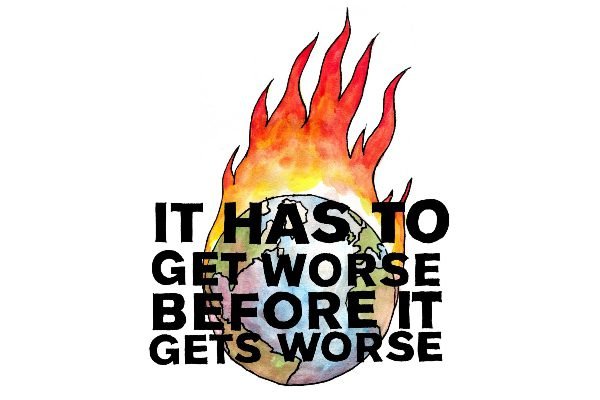 A new comics anthology by 10 leading comic artists – five in the Philippines and five in the UK – is being launched in response to the climate crisis as part of the Lakes International Comic Art Festival (15-17 October).

‘10 Years to Save the World’ demonstrates the power of comics to stimulate climate change action.

Art’s role in the climate crisis

Aimed at 18- to 24-year-olds, but with a powerful message for us all, the project is a collaboration between The Lakes International Comic Art Festival, Komiket in the Philippines and climate change communications specialists Creative Concern.

The project is one of the British Council’s Creative Commissions, exploring climate change through art, science and digital technology.

The commissions aim to stimulate global conversations about climate change and to inspire transformational change.

‘The project has an urgent message: we have 10 years to make the big changes required to save our planet, it’s as simple as that. This digital anthology we hope demonstrates the important role art and specifically comic art can play in responding to the climate crisis. The partners in this project believe that comics can change the world and now, more than ever, we need to use their strength as a force for good.’

The power of comics

This is an incredible showcase for the diversity and power of comics. Crucially, the work has been informed and shaped by young people from both countries, who took part in online discussions to develop the brief for the artists. The 10 Years to Save the World comics can be read and shared for free online here.

‘The Creative Commissions are an impressive set of bespoke projects addressing climate-related challenges from around the world. Through arts, science and digital technology, stories are brought to life and action is being taken by indigenous communities, young people, artists, researchers, and many more. 10 Years to Save the World is a unique project exploring our relationship to ourselves, to one another, and to our environment. The British Council is honoured to work with such talented, passionate partners to raise awareness of climate change and how culture can help address shared global challenges.’

The climate change comics for 10 Years to Save the World tackle some of the most pressing issues of our time including ocean pollution, deforestation, plastics, greenwash, corporate corruption, climate justice and the anxiety caused from living with the realities of climate change.

The project is also about encouraging climate action and each comic is presented alongside organisations and campaigns who are providing solutions or ways to create positive change. All the comics are available free online to read and share.

‘We want people to read and share these comics and the big issues they explore. Our hope is that this will lead to more climate action and more engagement in these urgent issues. Our belief is that knowledge is power and that comics are the ideal art form to help bring the climate crisis to a wider audience.’

The latest Intergovernmental Panel on Climate Change (IPCC) report, published in August 2021, gave a powerful and direct assessment of the reality of climate change.

The report states ‘it is unequivocal that human influence has warmed the atmosphere, oceans and land’.

The report was declared a code red for humanity. Echoing the scientists’ findings, UN secretary-general António Guterres said as the report was published: ‘If we combine forces now, we can avert climate catastrophe. But… there is no time for delay and no room for excuses.’

You can help contribute to 10 Years to Save the World by sharing the comic artwork and stories on your own channels or with your organisation.