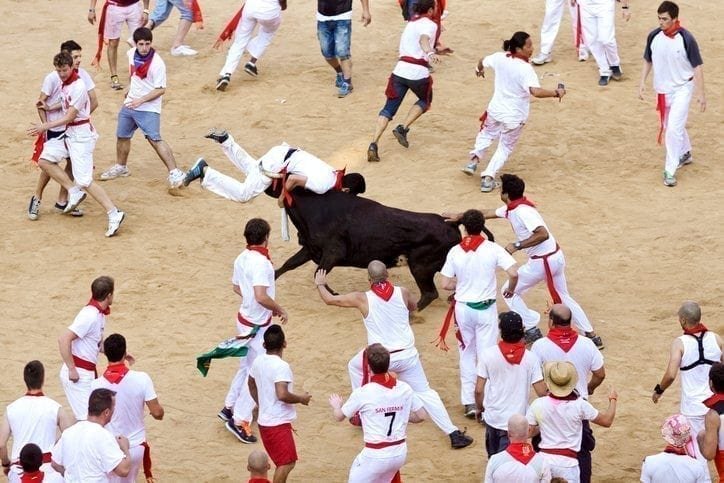 All travellers should do their homework and avoid tourist traps that profit from animal exploitation: that’s the message of Jack Harries‘ exclusive new PETA video.

In the video, the film-maker and photographer explains how animals used in the tourism industry – from bulls in Spain to elephants in Asia – endure lives of misery and deprivation so unthinking holidaymakers can experience a few minutes of novelty.

‘Animals will continue to suffer as long as tourists go on paying for these animal-abusing activities while on holiday. Remember: a moment of enjoyment for us can mean a lifetime of misery for them.’

PETA – whose motto reads, in part, that ‘animals are not ours to use for entertainment’ – notes that elephants who are forced to give rides or perform tricks at tourist attractions are often forcibly separated from their mothers, immobilised with tightly bound ropes and gouged with nails or other sharp objects.

Many of the facilities that host ‘swim with dolphin’ events use animals who were taken from the wild. Orcas in marine parks can do little else but swim in endless circles in small, chlorinated tanks and are forced to perform circus-style tricks in exchange for food.

At the Running of the Bulls event in Spain (pictured), bulls slip and slide down narrow streets pursued by hundreds of people before ending up in the bullring, where they’re stabbed to death.

Click here from more from PETA about the issues around using animals for entertainment.