Hands Off The Antarctic 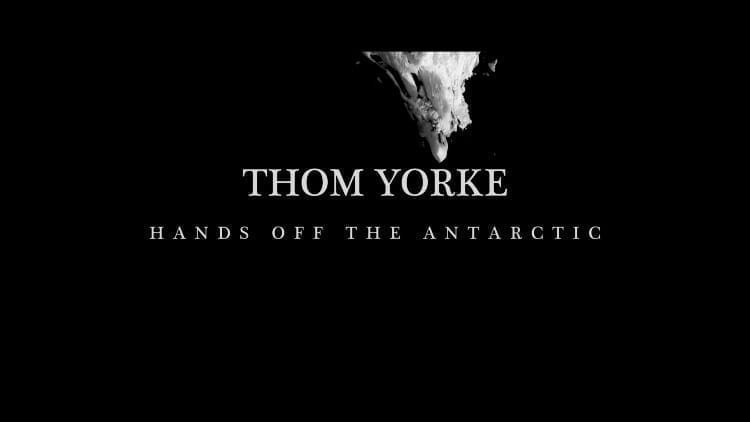 Radiohead frontman Thom Yorke has released a solo track in support of Greenpeace’s campaign for a vast Antarctic Ocean Sanctuary. The haunting song, Hands Off The Antarctic, is set to stark black-and-white footage of Antarctic landscapes and wildlife, gathered during a three-month Greenpeace research expedition earlier this year.

‘There are some places on this planet that are meant to stay raw and wild and not destroyed by humanity’s footprint’, Thom Yorke said. ‘This track is about stopping the relentless march of those heavy footsteps. The Antarctic is a true wilderness and what happens there affects us all. That’s why we should protect it.’

At 1.8 million square kilometres, this sanctuary for penguins, whales and other Antarctic wildlife would be the largest protected area on Earth. Two million people globally have called for its creation when governments at the Antarctic Ocean Commission meet this month.

‘The Antarctic doesn’t have a voice’, said Frida Bengtsson, of Greenpeace’s Protect the Antarctic campaign, ‘but we are a movement of two million people and we do.’

The proposal for the vast sanctuary, in the Antarctic’s Weddell Sea, is on the table when governments meet at the Antarctic Ocean Commission in Hobart, Tasmania, from 22 October to 02 November.

It would be five times the size of Germany and would be a safe haven for penguins, seals and whales to recover from the pressures of climate change, pollution and overfishing.

The campaign has gained the support of over two million people, including celebrities and politicians, as well as the backing of nearly the entire krill fishing industry which operates in Antarctic waters.

Click here for more about Greenpeace’s proposals for an Antarctic Sanctuary.