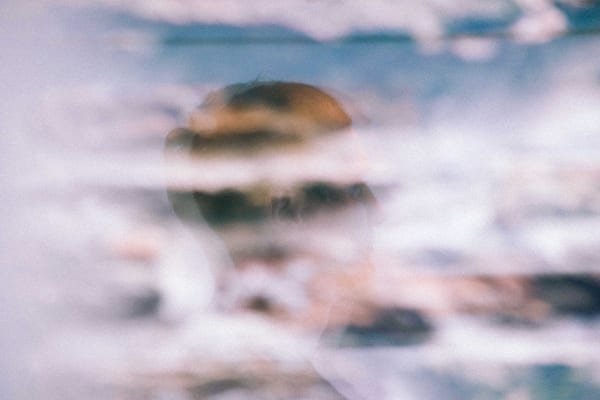 Never go out of fashion

Wild Rumpus (producers of Just So Festival and Timber Festival) and Great Place: Lakes and Dales have announced the full programme of films and events for the inaugural Hinterlands Film Festival, which will take place in Skipton Thursday 16 to Sunday 19 May.

The international film festival will showcase brand new and classic films set in and celebrating rural landscapes. As well as traditional film screenings, there will also be immersive experiences and performances inspired by iconic moments in cinema.

A 50th anniversary screening of Ken Loach’s cult classic Kes (Thursday 16 May), the touching story of 15-year-old Billy Casper and his kestrel, will open the festival at the medieval Skipton Castle. Ticketholders for Kes are invited to stay on after the film for a Festival Launch Party.

The festival will take over Skipton’s Plaza Cinema for screenings including survival film Arctic (Saturday 18 May), shot on location in Iceland over just 19 days, telling the story of a man stranded in the Arctic Circle after a plane crash. Oscar-winning documentary Free Solo (Sunday 19 May) will have audiences on the edge of their seats as rock climber Alex Honnold attempts to scale the famed El Capitan rock face at Yosemite National Park without using a safety rope. Plaza-goers can also enjoy screenings of God’s Own Country (Friday 17 May), a sing-along version of musical Calamity Jane (Saturday 18 May), and 1960s classic Whistle Down the Wind (Friday 17 May).

Foreign language films at the Plaza Cinema include Italian drama Happy as Lazzaro (Sunday 19 May), which scooped the Best Screenplay award at Cannes Film Festival 2018, award-winning Chilean coming of age story Too Late to Die Young (Sunday 19 May), and acclaimed French drama Jean de Florette (Saturday 18 May). Animated sci-fi Nausicaä of the Valley of the Wind (Sunday 19 May) from the renowned Studio Ghibli is seen by many as one of the founding films of the anime genre, and is frequently voted as one of the best ever Japanese films.

‘Hinterlands Film Festival is the first Wild Rumpus festival solely dedicated to film. As an outdoor arts organisation we felt that it was really important for the festival to focus on films which are set in and celebrate rural landscapes. We can’t wait to welcome people to the festival in May.’

Horror fans are invited to a Horror All-Nighter at the Plaza Cinema (overnight Saturday 18 May). The 107-year-old cinema will play host to full-length horror films and shorts, including new release Hole in The Ground which premiered at Sundance Film Festival this January.

The programme also includes supernatural horror The Witch, about a family who encounter supernatural forces on their New England farm, and 1920s horror classic Nosferatu. In short thriller Lambing Season, set on the North Yorkshire moors, a boy suspects he was once a victim of a child kidnapping, whilst Dog Soldiers sees a group of British military personnel face an unknown enemy in the Scottish Highlands.

Festivalgoers can step aboard a floating cinema for a unique screening of black and white indie film Tides on the Kennet canal barge (Sunday 19 May). Originally built to carry cargo on the Leeds and Liverpool canal, Kennet is now an interactive travelling museum which takes heritage and learning to local communities.

Prize-winning director Paul Fegan (Pouters; Are You Dancing?) hosts a night of film and folk at The Narrow Boat pub, which includes a screening of Paul’s magical Where You’re Meant to Be alongside live music from the Skipton Folk Club (Friday 17 May).

‘I’m really excited to be able to announce the full programme of incredible events we’ve got coming up at Hinterlands. It’s far more than an ordinary film festival, with activities inspired by some of our favourite film moments as well as unique screenings. I know that audiences are going to love this long weekend celebrating the very best of rural film.’

In addition to an array of acclaimed films, Hinterlands will play host to a series of unmissable experiences and events. Multi-instrumentalist, composer and producer Erland Cooper will launch his second solo album Sule Skerry at the Plaza Cinema (Saturday 18 May). He will play material from his new album, including new single ‘Harr’, alongside a classical ensemble, as well as tracks from his seminal record Solan Goose. He will also perform a live improvisation in response to footage from the Yorkshire Film Archive. This is a rare opportunity to catch one of only a handful of bespoke shows with Cooper this year.

Wallace and Gromit animator Virpi Kettu will host an Animation Workshop (Thursday 16 May), where festivalgoers can create their own stop motion animations based on films inspired by Skipton’s local cinematic scenery and the films in the festival programme.

A special screening of Wes Anderson’s Moonrise Kingdom (Friday 17 May) will take place in an army marquee at Aireville Park. This unique screening will include a campfire, a bar, orienteering, live music and storytelling. Festivalgoers can have a boutique camp out in their own private army tents following the screening as part of the Camp Aireville Experience (overnight Friday 17 May and Saturday 18 May).

There will be a screening of comedy-drama Hunt for The Wilderpeople (Friday 17 May) at the Plaza Cinema followed by a free treasure hunt inspired by the film around Skipton Woods on Saturday and Sunday. Supported by The Woodland Trust, the trail will give adventurers the chance to spot original artworks created by Wild Rumpus as they explore the area through new eyes.

Festivalgoers are invited to dust off their cowboy boots and make their way to The Lost Horse Saloon (Saturday 18 May) for a celebration of all things Western, including a barn dance hosted by hoedown collective Cut a Shine which might erupt into a choreographed bar brawl at any moment. Budding stunt performers can try their hand at throwing their own punches in stage combat workshop The Good, The Bad and The Punchy (Saturday 18 May).

Hinterlands Film Festival will crown the Nation’s Favourite Rural Film (Sunday 19 May). Film fans can vote for their favourite rural flick on the Hinterlands website for the chance to win a golden ticket to the festival, which gives one person free access to any of the events and screenings. The poll closes on Tuesday 31 April at 11.59pm. The winning film will be announced at the festival and Artistic Director Geoff Bird will host an esteemed panel discussing the top ten choices.

Finalists from each category of the Short Film Competition will have their films screened throughout the weekend at the Plaza Cinema, with the winners announced on Sunday 19 May.

There will be a Festival Central hub in Belle Vue Square for the duration of the festival, home to games including Pétanque (a game similar to French boules) and the tongue-in-cheek L_ve Hangman by Mufti Games. Look out for Ecstatic Cinematic, a ‘drive-in movie experience like no other’ from theatre and performance troupe Kitsch n Sync Collective. There will also be a Box Office, an information tent, bar and food vendors.

Film buffs can put their knowledge to the ultimate test in The Big Hinterlands Film Quiz on the last day of the festival at the Narrow Boat Pub (Sunday 19 May).

Festivalgoers can choose to camp onsite in Aireville Park to get the full festival experience. Camping is £10 per person, per night on Friday night and Saturday night.

Hinterlands is a collaboration with the Great Place: Lakes and Dales programme, which uses creativity and culture to retain and attract more young people to live and work in the area. The festival is supported by Film Hub North, proud to be part of the BFI Film Audience Network, and Arts Council England.

Click here for more about Hinterlands Film Festival and to book your tickets.

Down to Earth UK launch