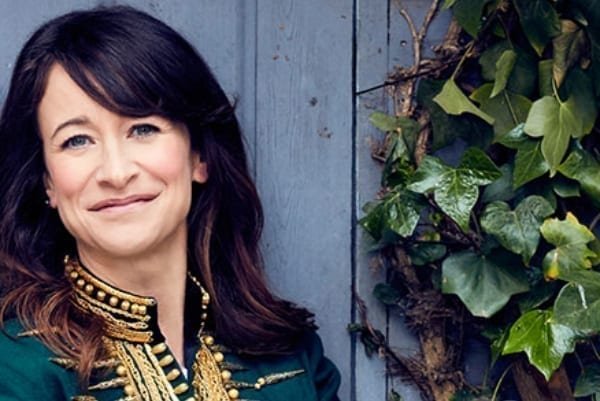 Climate Change Art Exhibition, curated by Leah Wood, comes to Sustainability on Screen Film Festival in London on 05 May

She is also a committed environmentalist, working as a Cool Earth ambassador and supporting ocean charity, Project Zero. The Woods were named Britain’s Greenest Family at the 2018 P.E.A. Awards for their tireless work to protect the planet. Click here to find out more.

In a collaboration with Portobello LIVE and the Sustainability on Screen (SOS) Film Festival, Leah is curating some pieces of art from her recent, highly acclaimed NOW Exhibition.

The environmental art exhibition tackles climate change head on, encouraging people to act NOW. It will be hosted at the MUSE Gallery, Portobello Road on 05 May.

Film Festival curator, Rich Hobday, says: ‘This is an amazing collaboration which brings incredible art alongside the films we are screening on climate change and the environment. We are delighted to host the exhibition which will include an opportunity to ask questions and debate climate change issues with the artists.’

Scientific evidence paints a clear picture: climate change is happening, it is caused in large part by human activity and it will have many serious and potentially damaging effects in the near future.

Environmental artwork will explore the effects of plastic, fracking, a polluted ocean, rising sea levels, threats to habitats and animals, flooding and droughts. There will also be a talk and Q&A with the artists.

‘Art is a powerful motivator of change and I’ve selected some of my favourite artists to highlight different aspects of climate change through their beautiful artwork to inform and engage people in conversation about the environment.’

Portobello LIVE, in its fifth Year as a Music and Arts festival, now includes the Sustainability on Screen Film Festival.

The SOS Film Festival celebrates a sustainable and vegan ideal: a healthier, compassionate, environmentally friendly lifestyle. The festival showcases thought-provoking and hard-hitting films that reveal how our diet, consumption and how we live is affecting the world and local communities we live in.

Topics include climate change, waste pollution, vegan and plant-based diets and environmental sustainability. The goal is to explore how our everyday lives are affecting climate change, pollution and the health of communities.

Click here to get your tickets to Portobello Live.