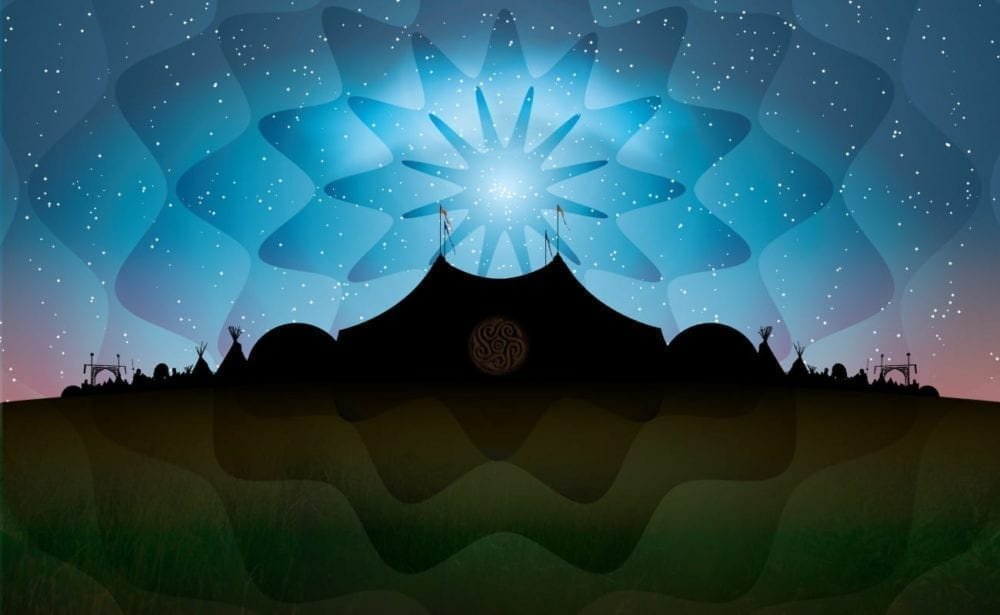 With its unique blend of deep green philosophy, underground and emergent ideas, friendly vibe and cutting-edge creative content, the award-winning Sunrise Celebration is back for its 10th year.

‘A four-day extravaganza of non-stop trance, dance, hip hop and reggae, jungle beats and urban street, cabaret, circus, Sherpas and divine healers all to delight, amaze and transfix your senses.’

The festival will take place on 21-24 May at Piercefield Park in Chepstow, Wales.

With more show-stopping acts announced (see below) tickets are selling fast! We’ve got a family ticket with free camping and car parking (worth up to £285) to give away – click here for your chance to win.

Omar Perry, the son of legendary reggae star Lee Scratch Perry, is a rising star in his own right who is more than ready to match the genius of his father.

His new album, ‘Be Cool’, is produced and released by Jamaican production legends Sly & Robbie (whose credits include Grace Jones, The Rolling Stones and Bob Dylan to name a few).

A well-known celebrity in the UK who still holds fast to his New York roots, Huey Morgan is lead singer of the epic Fun Lovin’ Criminals, who shot to stardom in the late ‘90s with their eclectic blend of hip hop, rock and funk. Huey’s still the band’s front man and is proud to be celebrating its 20th anniversary this year.

Huey now lives in the UK and has gained acclaim as a BBC radio host, much loved for his Sony Award-winning The Huey Show on 6 Music and Radio 2’s Huey After Midnight show. He’ll be joining the Sunrise lineup for a highly anticipated DJ set – and will be sure to funk up the main stage for a great night of dance and disco.

Will and the People

Will and the People have been Sunrise regulars over the last three years and each year they have grown in stature and reputation. Young and revolutionary with music that has rock, indie, ska, reggae and pop influences, they have forged their own road through the rocky music industry without any help from a record label – determined to stay true to the music they want to make.

Fun and inspiring with catchy, foot-stomping tunes, big anthems and star stage presence, the Sunrise audience loves them. Watch out for these boys – they’re going to be big so make sure you catch them first at this year’s Sunrise.

Another up-and-coming star to discover on Sunrise’s main stage this year is John Fairhurst. Heading up the new wave of blues artists, John is gaining international acclaim for his unique sound and stunning vocals.

His music will feature on two unreleased films including a performance in Martin Scorsese’s latest production, Tomorrow, premiering at Cannes Film Festival 2015.

One of the hottest live electro-swing acts in the UK will be getting the Saturday night Swing Club off to a roaring start. The Electric Swing Circus has a powerful combination of vintage samples, electro beats, gypsy-jazz guitar, electric double bass, keys, live drums and dirty synths – these guys put on a dazzling show!

More information about Sunrise Festival 2015 can be found here. For a chance to win a family ticket, click here.