Hot on the heels of The 30 Year Sweatshirt’s success, 25-year-old British entrepreneur Tom Cridland is launching The 30 Year Jacket as an international sustainable fashion campaign during London Fashion Week.

Slowing down fast fashion – Rana Plaza, The True Cost and a fashion revolution

The 30 Year Jacket is a men’s jacket that is so durably made that it’s backed with a 30-year guarantee. It’s being launched today (Saturday 27 February) during London Fashion Week in a bid to encourage an industry trend towards protecting our natural resources by making durable clothing. Tom also hopes to encourage consumers to think about the way in which they consume fashion.

The 30 Year Jacket is handmade by craftsmen and seamstresses in Portugal, who have been making beautiful clothing like this for more than 50 years. The craftsmen and Tom Cridland decided on the length of the guarantee together to ensure it’s no gimmick.

‘Since opening the Tom Cridland shop in London, we have been inundated with offers of free labour in the form of internships. Despite being a start-up with a modest turnover we think an arrangement like this would simply be exploitative. On speaking with others in the industry, we discovered that big luxury brands turning over millions can have as many as nine unpaid interns per employee.’ 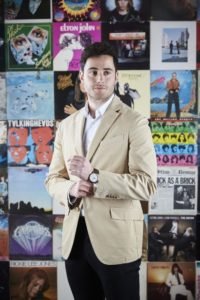 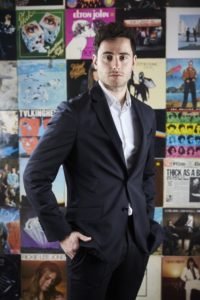 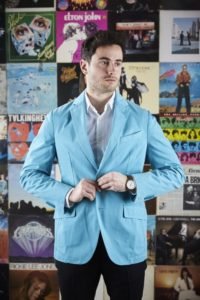 ‘This is a campaign against fast fashion (which damages the environment, costs customers more, and undermines designers and brands who make truly durable clothing) in the form of a loopback sweatshirt that is so well made we guarantee it to last for thirty years.’

Like The 30 Year Jacket, the aim of The 30 Year Sweatshirt was to put an end to planned obsolescence in the industry that causes a needless cycle of consumption and waste. A combination of technology, premium fabrics and old-school craftmanship mean the sweatshirt’s built to last.

Click here to find out more about Tom Cridland and The 30 Year Jacket.