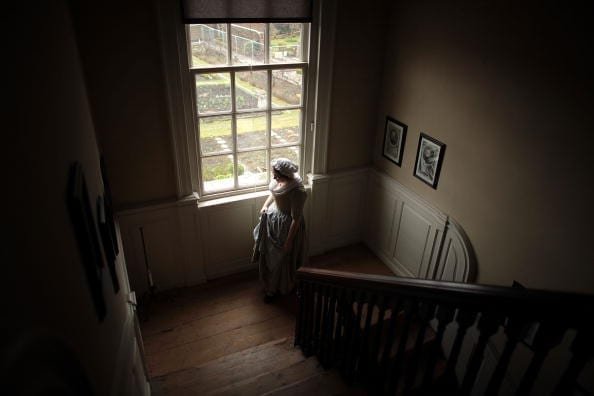 The Word-Hoard: Love letters to our land, at the National Trust’s Wordsworth House in Cockermouth, has been guest-curated by award-winning Nature writer Robert Macfarlane. It follows his 2015 bestseller Landmarks, which explored the regional dialect words connected to Nature, terrain and weather.

The exhibition brings together some of Macfarlane’s favourite dialect Nature words alongside 25 photographs of the British landscape by the author’s parents, Rosamund and John Macfarlane.

Robert Macfarlane, who teaches English at Emmanuel College, Cambridge, said, ‘I spent two years gathering as many of our place-terms and nature-words as possible, from more than thirty languages and dialects around Britain and Ireland, and then releasing them back into imaginative circulation.

‘Without words, the landscape can easily become a blandscape: generalised, indifferent, unobserved.’

The words in Macfarlane’s ‘hoard’ include shreep, an East Anglian word for mist clearing slowly, and sun-scald, a Sussex word for a patch of bright sunlight on water.

The Word-Hoard will be open daily, except Friday, until 03 September, and admission is included in entry to the house and garden.

Click here for more on Wordsworth House and Garden.