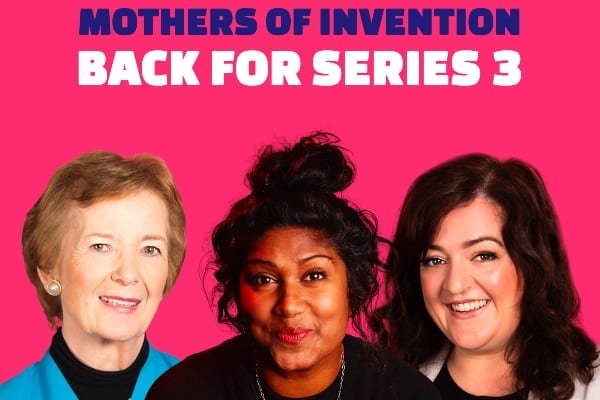 The all-female climate justice podcast is back for Season Three

The show returned for Season Three on Wednesday 05 August, with a run through to the US election in November – an event with enormous significance for the future of the climate.

Mothers of Invention gives focus to the black, brown and indigenous women and girls around the world pioneering ways to withstand and innovate around climate change.

Previous seasons have already profiled the work of 40 women and 2 feminist men from 16 countries.

With 10 years to go before we see irreversible changes to our planet, Mary Robinson, Maeve Higgins and Thimali Kodikara dig into the biggest climate issues of our time with love, laughter and memorable storytelling.

Season Three will continue to engage these growing audiences with insightful, moving and inspiring interviews with Mothers around the world, while addressing critical issues for the global climate movement in 2020.

Be transported to distant landscapes

While people are contending with the Coronavirus crisis, the podcast will encourage moments of self-care.

It will take advantage of the sudden appreciation of nature we now yearn for through our windows, and the value of safe shelter as we listen to the stories of Mothers protecting their homes from climate chaos.

While listeners remain isolated, Mothers will bring fresh conversation into their living rooms, providing knowledge for discussion and action from the kitchen table while transporting listeners to distant landscapes in continents they currently cannot reach.

The return for Season Three

The first episode of Season Three is titled ‘We Are Really Big Huggers’ – a line from the podcast’s first guest, Diara Tukano – an indigenous Brazilian activist reflecting on how hard social distancing has been for her people.

The importance of humour

Mary Robinson finds that many young people she meets don’t even know she was President of Ireland, and that they are excited to meet the host of Mothers of Invention.

‘I was a little bit iffy when I heard ‘comedian’ – you know, as a former president. But after the first 15 minutes together with Maeve, they said, ‘This is perfect; this works.’ It’s a lesson I’ve learned late in life – it’s extraordinarily important to use humour to communicate a really serious point.’

Tune in to Mothers of Invention

Downloaded over 550,000 times already, the podcast has been nominated for a One World Media Radio and Audio Award and is now distributed for the first time by podcast leaders PRX.

Show producers Doc Society have been joined this season by the team at Vulcan Productions.