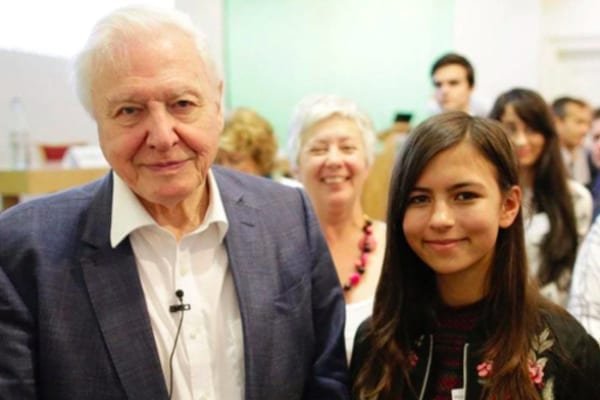 Eco-activists' online streaming platform will be offered free for 32,770 schools across Britain

The world’s first online streaming platform for eco-activists, Ecostreamz, will be offered free for 12 months to 32,770 schools across Britain.

The platform is backed by PM Boris Johnson’s father, Stanley, who is an Honorary Ambassador of Ecostreamz.

A Netflix for eco issues

The platform embraces viewpoints from both sides of the political spectrum, and has been in talks with organisations from the Ape Alliance to Extinction Rebellion.

The goal of Ecostreamz is to offer ‘careful editorial balance’ and provide a welcome resource in classrooms for young people who have had their eyes opened to the dangers of climate change.

Dr Jane Goodall DBE, founder of the Jane Goodall Institute and UN Messenger of Peace, has joined the Ecostreamz advisory board.

‘Documentaries can change the world and in many cases, they have! With films like The Cove, Blackfish, Blood Lions and Stroop, many wildlife conservation crises have received more attention in the media and the public.

‘Unfortunately, however, the vast majority of independent, issue-related films remain unseen because they are rarely picked up by television networks or theatres.

‘That is why I have agreed to sit on the advisory board of Ecostreamz. By creating a streaming video service like Netflix dedicated to global environmental and social justice issues, Ecostreamz will endorse the importance of film in changing public discourse.

‘We are running out of time for many species and their habitats in this planet we share. Ecostreamz provides an important service and I am glad to be a part of it.’

Ecostreamz is also backed by Mya-Rose Craig, aged 18, who blogs as Birdgirl and is president of Black2Nature.

Mya-Rose started conservation campaigning 10 years ago, becoming the youngest British person to be awarded an honorary Doctorate of Science (by Bristol University) at the age of 17 years.

‘I got involved because I think Ecostreamz is an amazing way to ethically consume media and support the causes you care about.’

80% of all Ecostreamz paid streaming revenues is returned to charities and filmmakers that provide the content.

The project is co-founded by Oregon-based James Branchflower and British conservationist Ian Redmond OBE, the man who introduced Sir David Attenborough to the mountain gorillas for the BBC documentary Life on Earth in 1978, and went on to serve as Envoy for the UN Great Apes Survival Partnership.

‘Greta Thunberg and Extinction Rebellion both urge the media to ‘tell the truth’, but the mainstream media are reluctant to show documentaries they see as ‘ratings losers’ because they can be difficult to watch.

‘Passionate filmmakers, often working with charities, make powerful educational films about the issues of our day, many of which win awards but then disappear.

‘Ecostreamz is a platform for these important films and supports the causes that are featured.  The scheme to provide free school subscriptions is a wonderful opportunity to educate the next generation and link students to the organisations working to solve the problems exposed.’

Some of the featured films currently enjoying high demand on Ecostreamz include: Blood Lions, God in Shackles, Tainted Love,  Stroop and Long Gone Wild, among a strong lineup of must-watch critically acclaimed films.