‘Time is Running Out’ 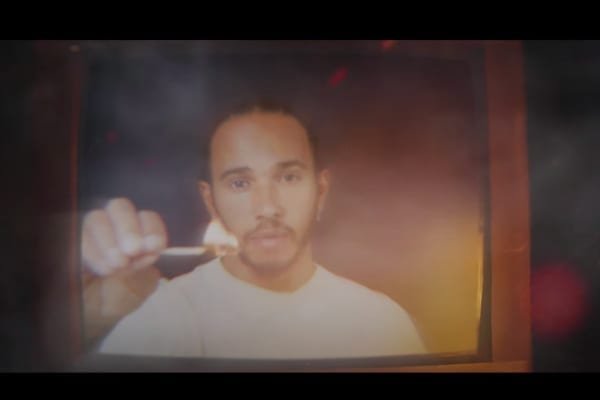 Six-time Formula One world champion Lewis Hamilton has made a heartfelt plea to end the destruction of the Amazon rainforest in a new short film for conservation charity WWF.

The aim of the short film, Time’s Running Out, is to shine a light on the current crisis in the Amazon, where fires are tearing through the rainforest  as a result of rampant deforestation.

Deforestation alerts in the Brazilian Amazon are up 33% on last year – which was already a record year for burning.

Fire outbreaks in the Amazon for the first two weeks of September are up 86% on last year. They are also 43% higher than the average of the last 10 years. WWF has now launched an appeal to save the Amazon.

‘The fires in the Brazilian Amazon are heartbreaking. They’re causing utter devastation to the Amazon’s local communities, species and landscapes. This needs to stop now.

‘We must come together and use our collective voices to speak out on this issue to enforce permanent change. I’m honoured to join WWF’s campaign to stand with the Amazon and its people. I hope you’ll join me.’

In the film, made by BAFTA award-winning director Michael J Ferns, the stars point out the devastating impact of the fires not just on the forest, but on the wildlife and the indigenous people that live there.

There are more than 350 indigenous communities living in the Amazon and it is home to 10% of all known species – and probably many more we don’t yet know about.

‘The Amazon’s future hangs in the balance and it’s down to us to help save it. What sort of precedent do we set if we lose the Amazon?

‘We all have a role to play and we all have a voice. So, let’s all use our voices and make a difference, make a change by speaking up, taking action, spreading the word and by saying what’s happening is wrong.

‘Let’s not forget the Amazon is not only home to countless species of plants, animals, ecosystems but also a significant amount of our fellow human beings.’

In the film, Lewis tells us: ‘The fires were lit deliberately, driven by deforestation’ and finally ‘Time is running out’.

In a poignant last shot to camera, Jess says: ‘But we can stop it. By standing up we can support the Amazon’s local and indigenous communities. We can protect the rainforest and its wildlife. Together we can put the fires out.’ before asking: ‘Will you help us?’

The stars participating are friends and committed supporters of WWF’s work, with Cel and Jess all backing last year’s Amazon campaign.

‘We assume the Amazon rainforest will always be there but if we don’t act now, it won’t be. We can’t just sit back and let this happen. Right now, the Amazon is burning – so right now we need to speak out.’

Lewis Hamilton has also been outspoken on environmental issues throughout his career and supported this year’s Australian bushfire appeal.

Everyone can support WWF’s campaign to save the Amazon. More details of how to join the fight are available at Five Ways to Help the Amazon.