Our Planet: Too Big To Fail 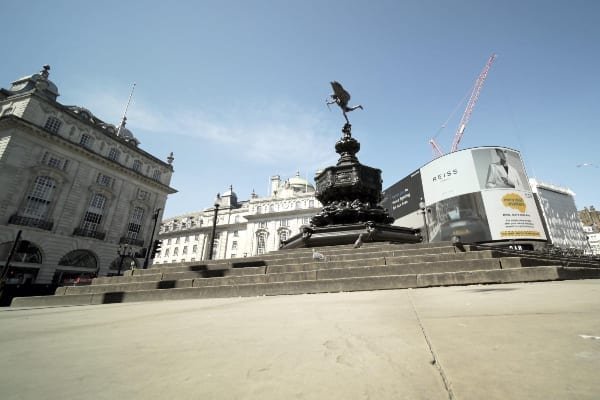 Today (18 September) is the public launch date of Our Planet: Too Big To Fail – a powerful new film that directly addresses the finance sector and its role in tackling the climate and nature crisis.

Calling for urgent, systemic change across the sector, the film presents solutions for building a thriving, more resilient economy in the wake of the pandemic – one that moves away from funding the destruction of the same natural systems upon which it heavily relies.

As well as exploring how the finance sector has contributed to nature’s decline, the film also highlights the importance of nature to our global economy and the catastrophic risks to our financial systems if we choose to ignore it.

The 40-minute film combines spectacular footage of the natural world with thought-provoking interviews from some of the most influential names in the sector.

The film has been created by WWF and natural history filmmakers Silverback Films – the same team behind the award-winning Netflix documentary series Our Planet and the upcoming feature film David Attenborough: A Life On Our Planet.

It comes as WWF’s 2020 Living Planet Report recently revealed that since 1970 there has been a 68% average decline in global wildlife populations, and the extraction of living materials from nature has tripled. At the same time, climate change has accelerated, putting further pressure on ecosystems and biodiversity.

‘We can’t ignore the warnings from science when they’re flashing red. Without the finance sector getting on board to help tackle the root causes of the climate and nature crisis, things will only get worse. It’s vital that the sector moves away from short-term interests and towards long-term value creation and sustainable recovery which benefits people, the economy and the planet.’

‘The biggest risk is inaction’

Since the Paris Agreement was signed in 2016, the largest UK banks have financed over £160 billion in fossil fuels. This number rises to $2.7 trillion globally.

Mainstream awareness within the finance community regarding its impact on the planet remains low and action needs to accelerate.

Mark Carney, special envoy for climate change and finance, United Nations, expresses in the film: ‘The biggest risk is inaction today. If we continue to downplay the scale of the transition that needs to happen across the entire economy, across all economies around the world, then the adjustment when it comes will be much more severe.

‘In terminology, it would be a climate ‘Minsky’ moment; a sudden realisation that enormous change needs to happen in a short period of time. That’s what we need to avoid, which is why we need to start moving today.’

The demand for urgent action is also being driven by stakeholders, particularly younger generations, who are increasingly concerned about environmental issues and where their money is going.

Richard Curtis, co-founder of Make My Money Matter, is campaigning for the £3trillion of UK pensions to be invested in powering a sustainable future for our planet – not contributing to its demise.

In the film, Richard says: ‘This is a real generational shift, that my children are saying ‘what can I actually do in order to make a difference?’. They’re finding their answer in what they wear, in what they eat and in how they travel, but I think the big new revelation is they’re going to find it in where they invest their money.’

‘Banks and other financial institutions must understand that biodiversity loss is central to climate change and the stability of our natural environment. Banks must redirect finance to be a force for good and realign it to address society’s needs, using customers’ money in their best interests to create a sustainable and fair future. Action needs to be fast and the responsibility lies now with every financial institution and every finance professional.’

Our Planet: Too Big To Fail was shown at an exclusive virtual launch event for finance industry leaders on 17 September, hosted by WWF and Make My Money Matter.
From today (18 September), it is publicly available to watch online here.

The film follows on from the success of Our Planet: Our Business, which launched in 2019 and has since been shared by 100 organisations at 300 events in over 50 countries.