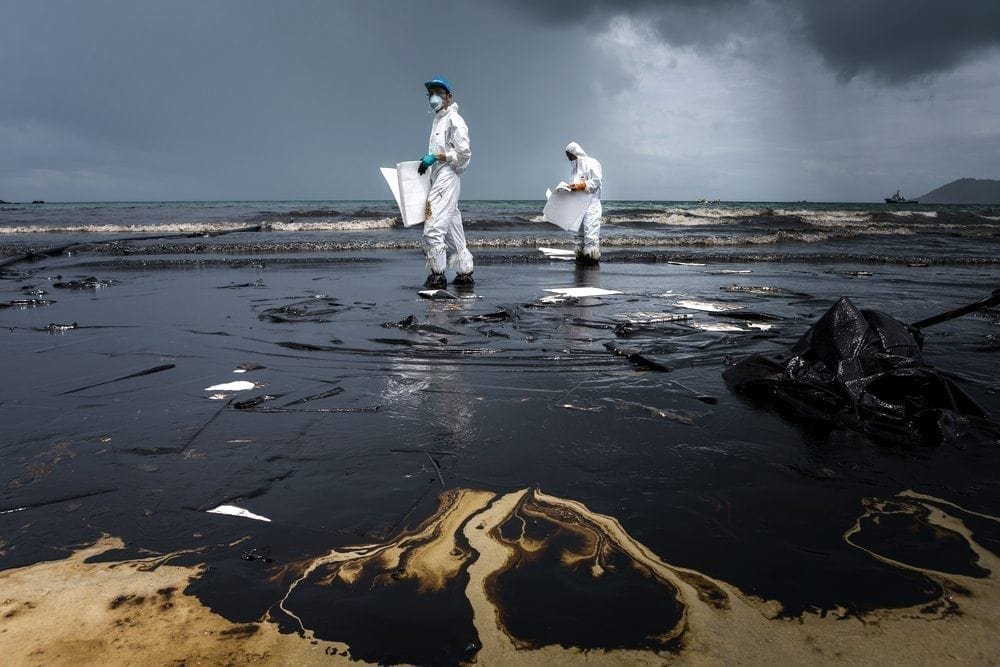 Sixty Liverpudlians joined Reverend Billy and The Stop Shopping Choir yesterday inside Tate Liverpool, where the group sang and wept their response to the BP Deepwater Horizon disaster in Beatles hits.

Five years ago the Deepwater Horizon spill had just begun, but the damage is still being felt by communities living along the Gulf coast.

Just two weeks ago, Derrick Evans addressed the BP board at the company’s AGM with concerns around health impacts for people living in the regions affected by the spill.

Yesterday’s performance protest involved a projected image of the BP oil spill at the seabed that many people saw repeatedly on television screens during 2010, and a series of mournful versions of Beatles’ songs: ‘8 days a week’, ‘You really got a hold on me’ and ‘You’ve got to hide your love away’.

Reverend Billy and The Church of Stop Shopping have criticised the BP-Tate relationship before, with an ‘Exorcism of BP’ at Tate Modern in 2011.

‘This place is supported by a criminal. It is five years and eight days since the Deepwater Horizon in the Gulf of Mexico. Lots of us have that disaster in our bodies now – the question is, how do we get it into our consciousness?

‘We’re carrying the poisons in us, our kids, the plants and animals, the biosphere of the Gulf of Mexico. We’re carrying the cost of BP, but we have failed to be scared. Failed to know this emergency. Failed to take it seriously. We’re still hypnotised by the aesthetics of hip art and high culture.’

The wild anti-consumerist gospel shouters and Earth-loving urban activists have worked with communities all over the world defending community, life and imagination.

There are no BP logos at Tate Liverpool, unlike at Tate Britain and Tate Modern in London, but the group says that BP benefits from the association with the whole family of Tate galleries. Artwash, by Mel Evans, launched in Liverpool at News From Nowhere bookshop yesterday evening.

‘BP gives peanuts in sponsorship to Tate, and what it gets in return is this association with everything that Tate is around the country – from the traditional at Tate Britain to the edginess of Tate Liverpool.

‘It desperately needs these relationships to Artwash its public image – which has been through the wringer since the horrific impacts of the Deepwater Horizon disaster. Tate refuses tobacco and arms funding and it should end oil sponsorship too.’

The group was made up of artists, students and local activists on a lunch break from work, plus several children.

Campaigners are calling on all major public institutions to disentangle themselves form the oil industry.

Recently Glasgow and SOAS universities announced they would divest from fossil fuel companies, following Stanford in the US.

The performance lasted 40 minutes inside the gallery and the choir continued singing on the Albert Dock.

Mel Evans is an artist and campaigner associated with Liberate Tate and Platform. As well as making unsanctioned performance works at Tate and writing on oil sponsorship of the arts, she creates theatre pieces in the City of London that examine culture, finance and Big Oil.